With the continuing uncertainties and consequences in connection with the Ukraine war, supply bottlenecks and price spikes on the gas and electricity markets, the supply situation in Switzerland is tense and the Swiss federal government is facing a major challenge.

The Federal Council has therefore decided on various measures to strengthen supply security in the short term and avoid bottlenecks in winter.

The Federal Council has issued the Ordinance on the Establishment of a Hydropower Reserve (WResV). The reserve is to be available if the quantity of electricity demanded on the electricity exchange for the following day exceeds the supply. This could occur at the end of winter, in the event that electricity consumption is high, electricity imports are limited and the availability of domestic nuclear power plants is reduced. This winter reserve is intended to bridge the period from December 1, 2022 to May 15, 2023.

The hydropower reserve was procured from storage power plant operators via tenders by Swissgrid, the Swiss transmission system operator, with the approval of the Swiss Federal Electricity Commission (ElCom). The procured energy amounts to 400 GWh and is associated with costs for holding the reserve of EUR 296 million. These costs will be added to the network tariff and ultimately borne by consumers. It can be assumed that Swissgrid’s tariffs will increase as a result.

A further safeguard is to be provided by reserve power plants that run on gas, oil and hydrogen. The federal government has signed a contract with GE Gas Power and procured eight mobile gas turbines. In addition to gas, these turbines can also run on oil or hydrogen and should be available as early as this winter.

Rescue package for the electricity industry

In September 2022, the Federal Council enacted a rescue package for the electricity sector (cf. ELQ June 2022) by means of the Emergency Ordinance on Subsidiary Financial Assistance to Rescue System-Critical Companies in the Electricity Industry (FiREVO). The Ordinance applies in principle to the three Swiss electricity companies Axpo Holding AG, Alpiq Holding AG and BKW AG, which are considered to be system-critical. After Axpo Holding AG submitted an application for liquidity support, the Federal Council and Parliament granted it the requested credit line of CHF 4 billion.

At the end of August 2022, the Federal Council launched its energy saving campaign “Energy is scarce. Let’s not waste it.”. The campaign is aimed at the general public and the business sector and includes recommendations on how the energy sources gas, heating oil and electricity can be conserved.

This saving campaign is now joined by the Energy Saving Alliance (Energiespar-Alliance) with over 180 partners from business, civil society and the public sector. The Energy Saving Alliance is committed to the Federal Council’s energy saving campaign and the partners of the Alliance publish their commitment and the savings measures they are planning. These include, for example, reducing lighting (especially outdoors), lowering room temperatures, recommendations on hot water consumption, avoiding standby consumption, optimizing processes and training employees.

Voltage increase on the transmission grid

As a further measure, the Federal Council has passed an ordinance to allow Swissgrid to temporarily increase the voltage on certain sections of the extra-high voltage lines. This is intended to absorb import capacities from neighboring countries and use them in the event of bottlenecks in Switzerland. The Bickigen – Chippis and Bassecourt – Mühleberg line sections would then be operated at 380 kV instead of 220 kV.

Another ordinance on the establishment of a winter reserve (Winter Reserve Ordinance) will come into force in the course of February 2023. It regulates the use of emergency power groups as an additional reserve.

Should a shortage occur, the Federal Council will regulate the power supply with temporary management measures. The aim is to maintain grid stability and thus the supply of electricity. The Federal Council has submitted various draft ordinances on management measures in the event of a severe power shortage based on the State Supply Act (Landesversorgungsgesetz) for consultation (until December 12, 2022). These drafts provide for restrictions on use and bans, immediate quota, contingency, and grid disconnections. First of all, urgent savings appeals to all electricity consumers are planned. Parallel to this, the Federal Council can already issue the first restrictions on use and bans. In principle, the escalation steps start with comfort restrictions such as the ban on object lighting and go all the way to plant closures. The aim is to ensure that the supply of essential goods and services is not significantly affected. Any operational and work stoppages due to measures ordered by the authorities could at best be covered by short-time working compensation; no further compensation is envisaged.

The Federal Council has sent the draft Ordinance on Prohibitions and Restrictions on the Use of Gas (such as for buildings not used on a daily basis, for wellness facilities and swimming pools, or a restriction of heat indoors to 20 degrees Celsius and hot water to 60 degrees Celsius) and the draft Ordinance on the Contingent Use of Gas (excluding private households, hospitals, social institutions, etc.) for consultation.

In addition, the Switching Ordinance of Dual-fuel Plants (Umschaltverordnung von Zweistoffanlagen) issued by the Federal Council is also available. Dual-fuel plants in industry can switch between two energy sources (for process energy and building heating). As a rule, gas serves as the fuel, but these plants must maintain a second substance, usually fuel oil.

These regulations are only put into force in the event of a severe gas shortage and, if necessary, adapted to the situation prevailing at the time.

In the meantime, the legislative project on the Federal Law on a Secure Power Supply with Renewable Energies has also received a strong boost after a lull. Further subsidies and facilitations are planned in favor of the expansion of power plants for the promotion of renewable energies. However, this can only bring about longer-term measures for security of supply. The same applies to the currently discussed, possible new obligation to install solar systems on new buildings and possibly larger renovations. 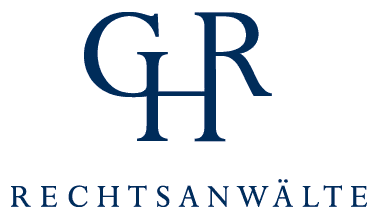